Nike asked us to produce the campaign photo for the launch of the new FC Barcelona kit.

The campaign photo to launch the new Barcelona shirt for the 2014-2015 season had to include some of the most iconic players from the first team, such as Messi, Neymar, Iniesta and Piqué, as well as some young hopes from the lower ranks.

Once the photo had been designed, the shoot took place during the course of a morning at FC Barcelona’s Ciudad Deportiva training ground, attending to every detail and optimising the session to take up as little of the players’ time as possible.

The resulting photo was displayed for weeks on billboards and banners around the world, along with the slogan ‘Crafted to Win’, which we proposed. 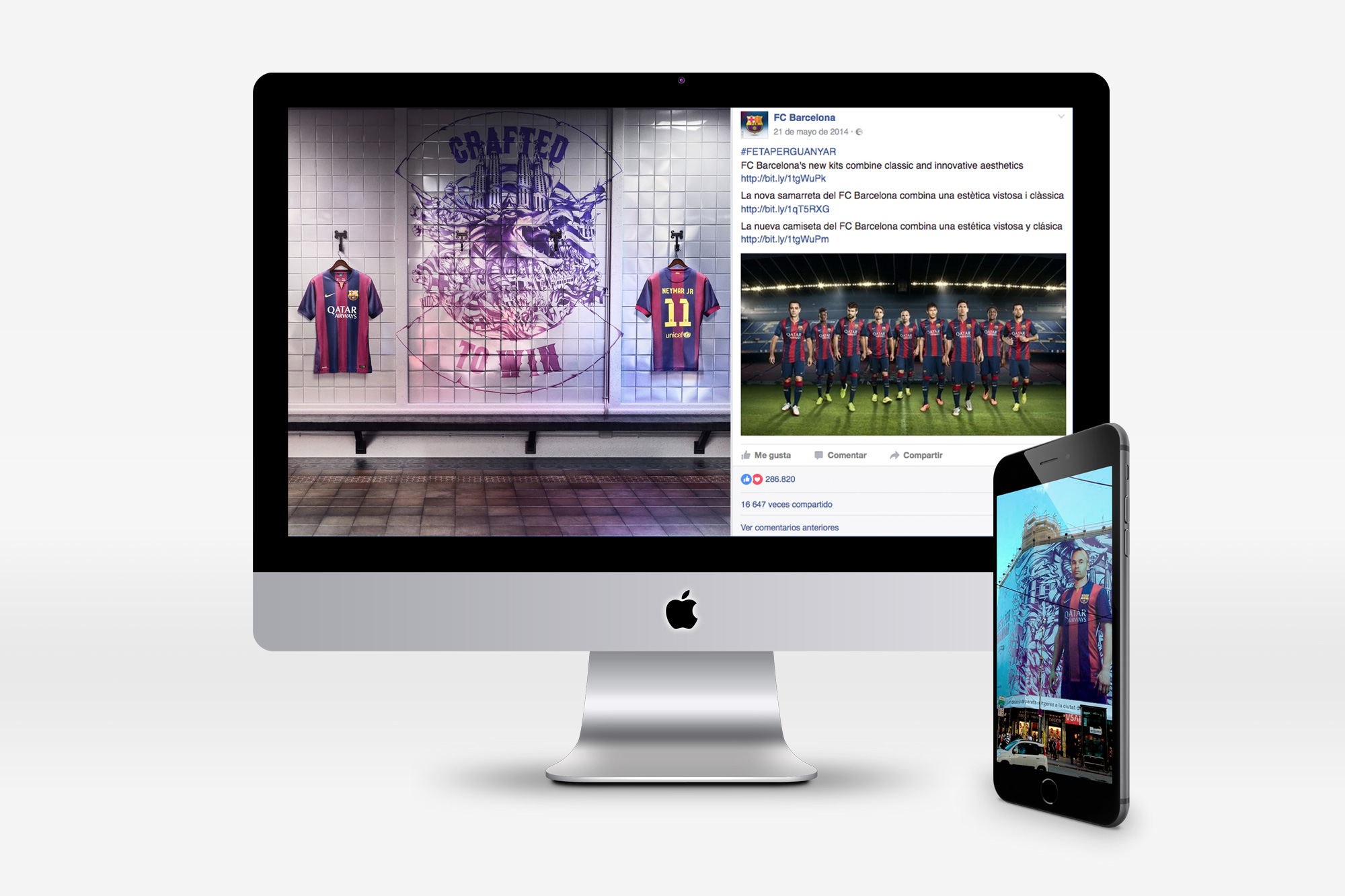