We implemented the Nike Air Max 95 relaunch campaign, which included installations in shops, a party and an exhibition in a penthouse.

Coinciding with the twentieth anniversary of the Air Max 95, one of its most successful trainers, Nike launched the Air Max 95 OG, a reissue in the same colours as the original design. To celebrate both the anniversary and the relaunch, we implemented the campaign The Anatomy of Air, the concept which inspired this legendary trainer, in different stores.

In parallel, we organised a party at Nigra Mercato, where people were invited to show off their favourite Air Max trainers, and a monographic exhibition about the trainer in a Madrid penthouse, which, for a few days, became the Nike Tech Pack Studio. 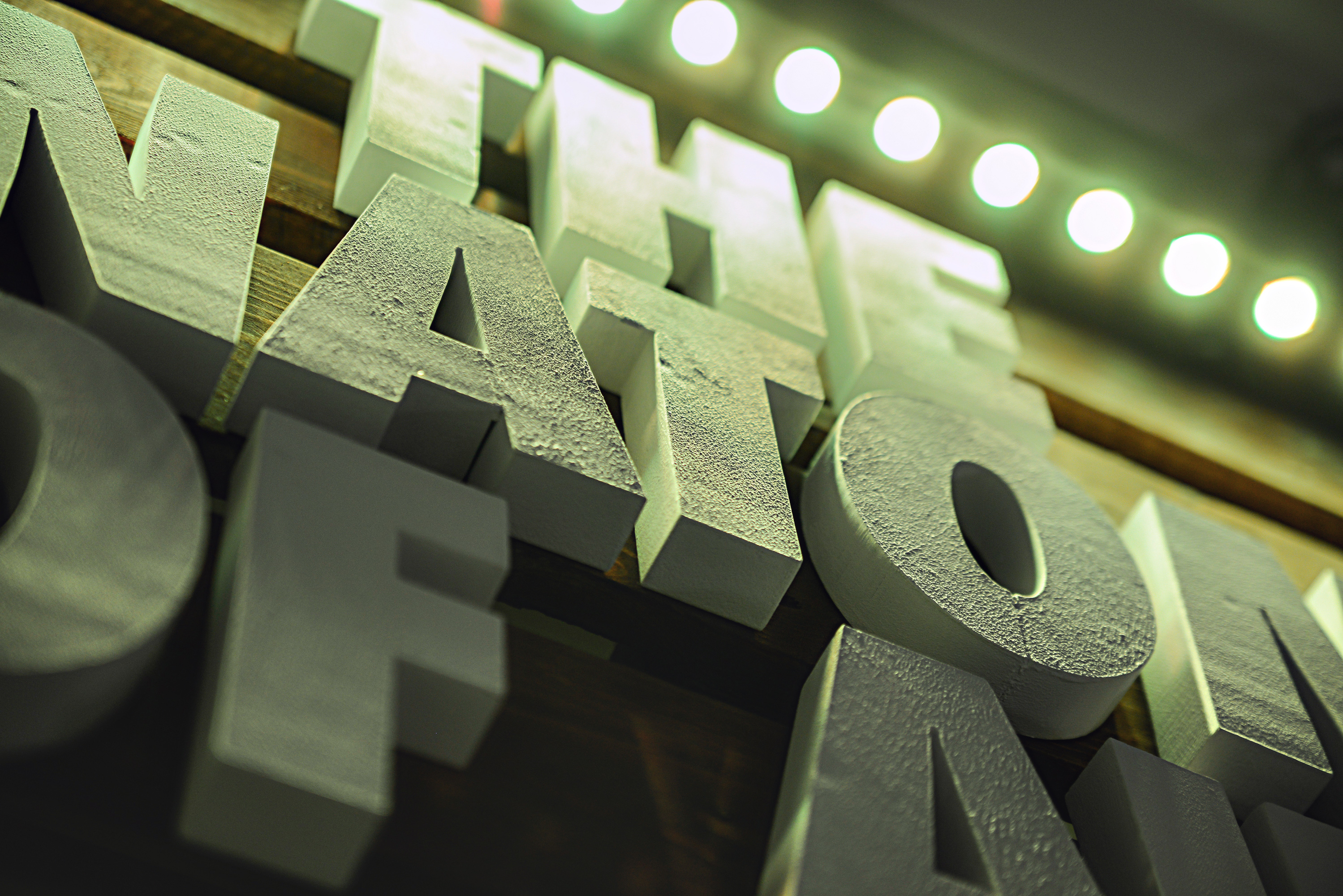 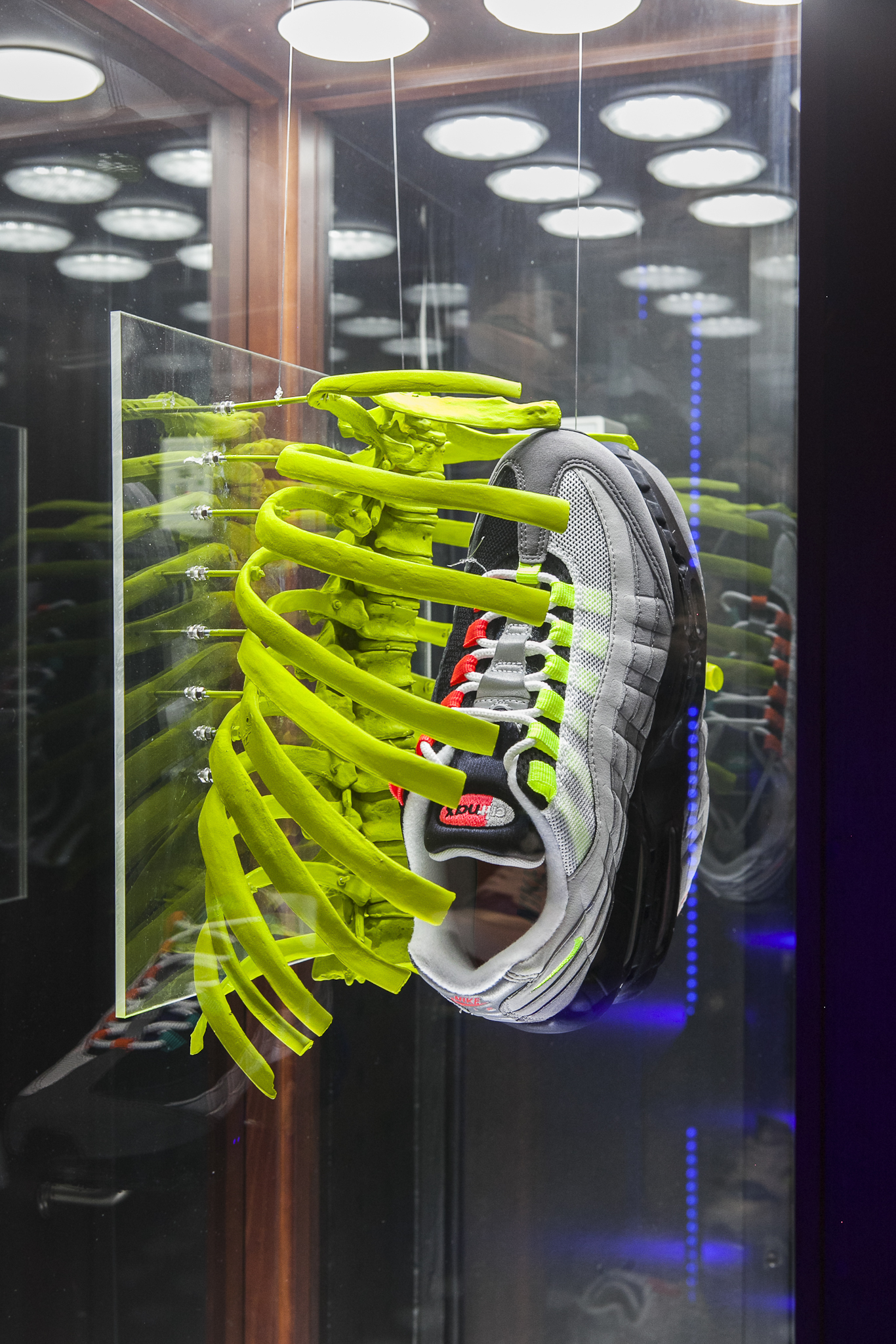 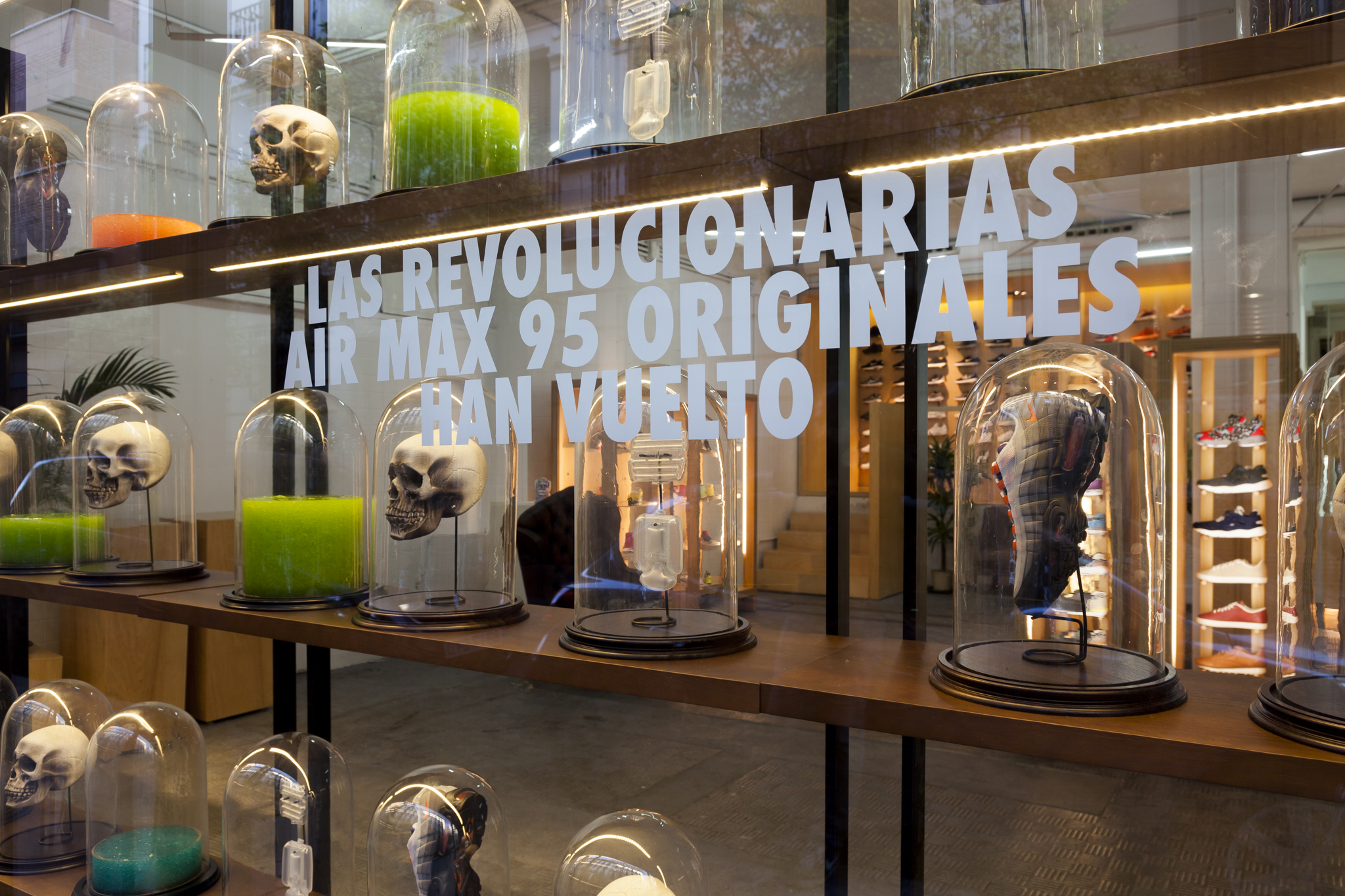