At the point of sale, we implemented the Liberty Pack campaign, which this year brought back a vintage print created by the legendary London department store.

The collaboration between Nike and Liberty London, the quintessence of British style, has resulted in what, year after year, has been known as the Nike Liberty Pack. The 2015 edition was called Merlin and took its colourful and geometric print from a pattern created by Liberty in 1972 for a silk scarf. The collection also marked the return of the Air Rift model, launched by Nike in 1996 to improve athletic performance. Our work included the visual implementation of the campaign in the display stands and window displays of various stores in Barcelona and Madrid. 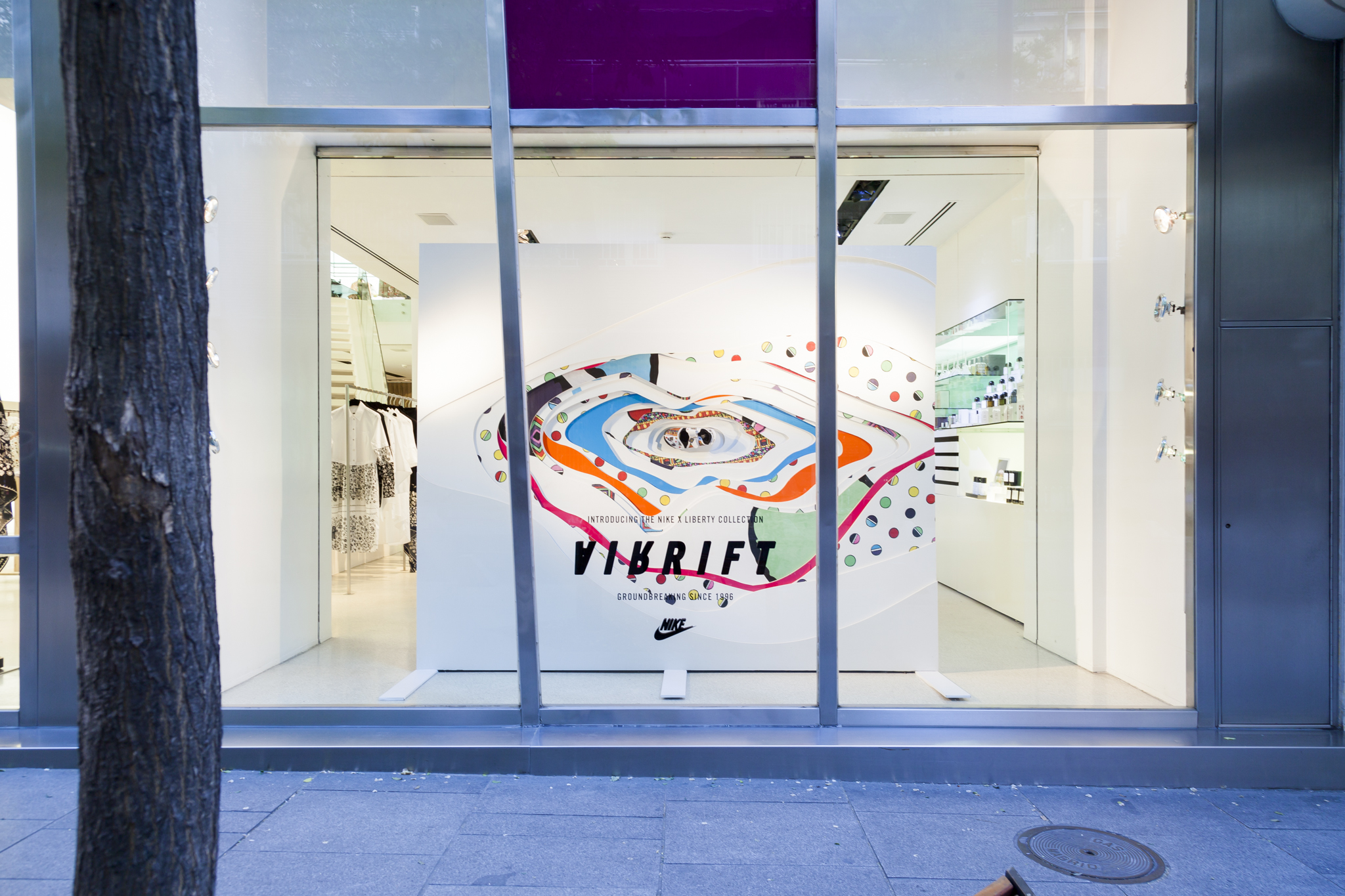 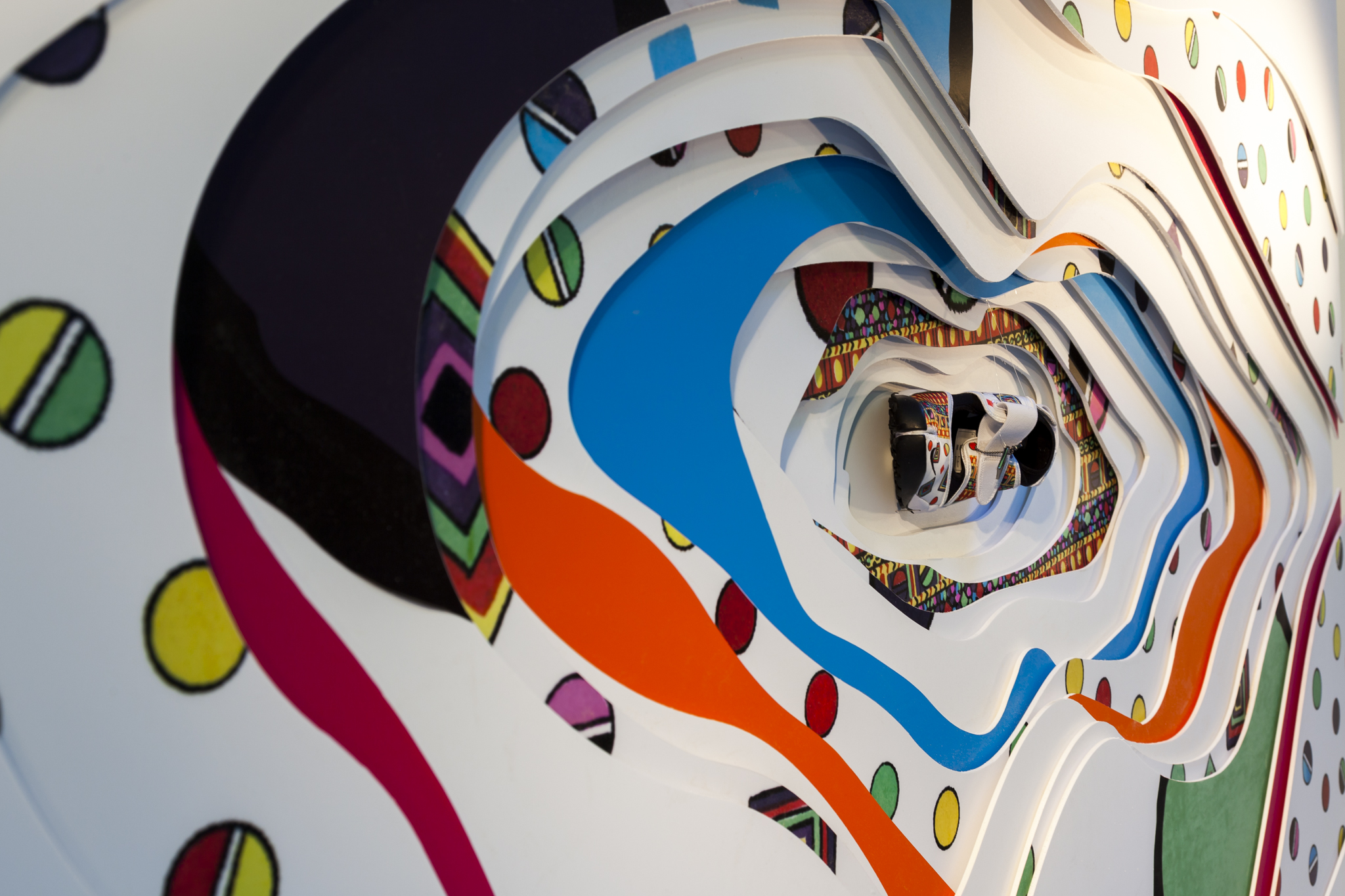 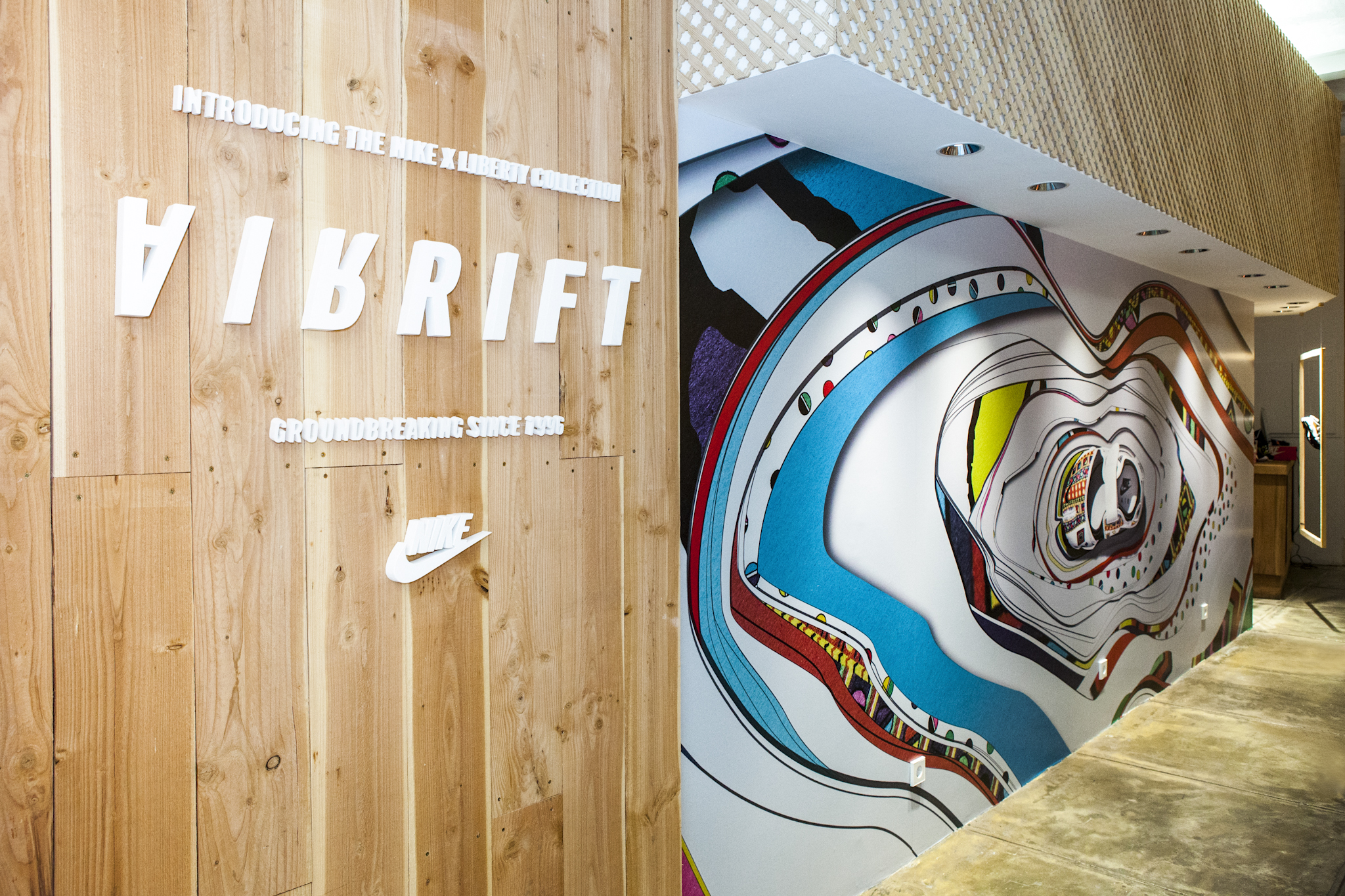 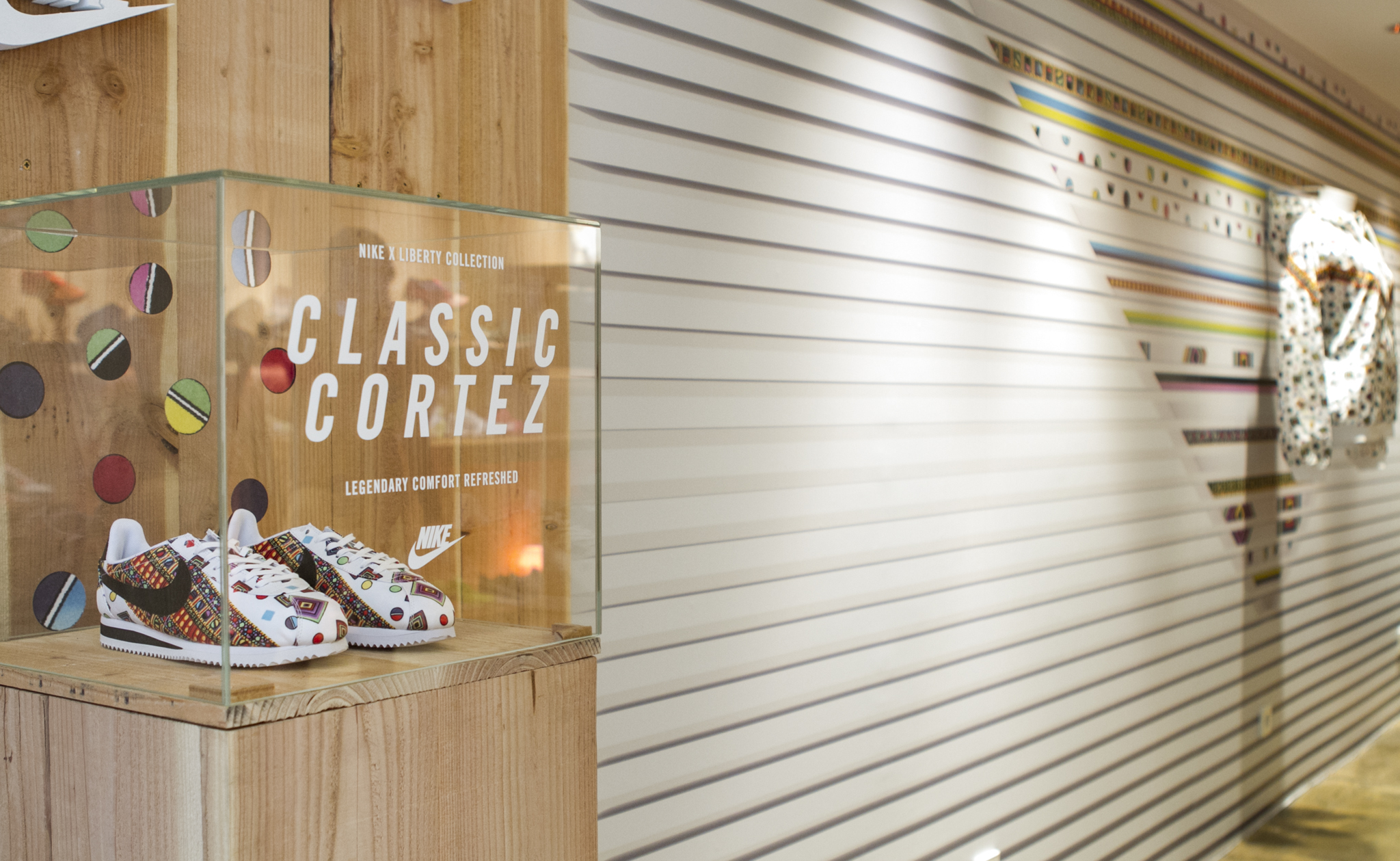