Neymar Jr. and Bruno Big are two distinct talents on parallel paths. They are both Brazilian, they both learnt in the streets and they have both grown professionally in Barcelona. With the launch of Ousadia Alegria, boots which were inspired by the footballer and designed by the graffiti artist, Nike wanted to unite them forever. And to launch them, we designed an event which mixed art, sport and the common good.

Neymar and Bruno Big, two distinct talents which Nike brought together for a reason: to pay tribute to football and to the street

A collaboration between two creative giants, one with the ball and the other with spray cans, deserved an equally creative launch. Far from organising a standard product launch, we chose to create an event which paid homage to football and which, at the same time, would leave a permanent impression on Barcelona.

And that was how the idea came about to add a giant mural to a football pitch, to turn it into a work of football art . The design was based on the motto which the Barcelona forward has tattooed on his leg (‘Ousadia Alegria’) and which Bruno Big represented in the form of a heart and a closed fist.

Halfway between art and sport, we designed an experience for young people which, in turn, would leave a legacy for the city

The pitch chosen was Terra Negra, in the Raval district, whose run-down state called for urgent intervention. Bruno Big worked for days to turn the pitch into a work of art worthy of a visit by any urban art lover.

The mural was officially inaugurated with an event in which Neymar wanted to take an active part, helping his friend Bruno Big to add the final sprays, but not without first having had a kickabout with the youngsters in the five-a-side football tournament which we had organised.

The main national media were present and it reached millions of users on social networks, thanks to the coverage which Neymar himself gave it by posting live photos and videos. That turned the launch of some trainers - which would probably have been a brief item in the sporting press - into a social event with global reach. 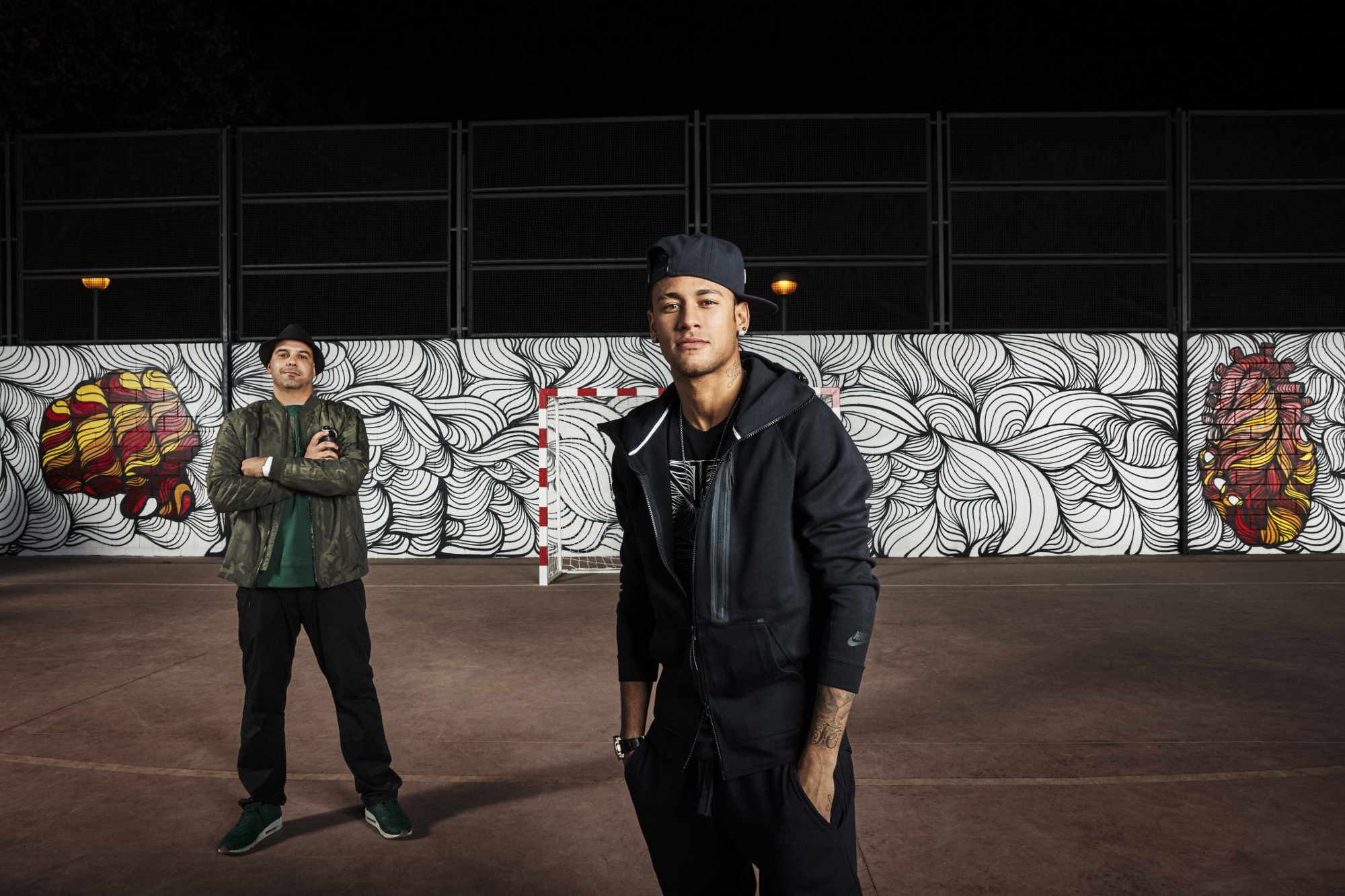 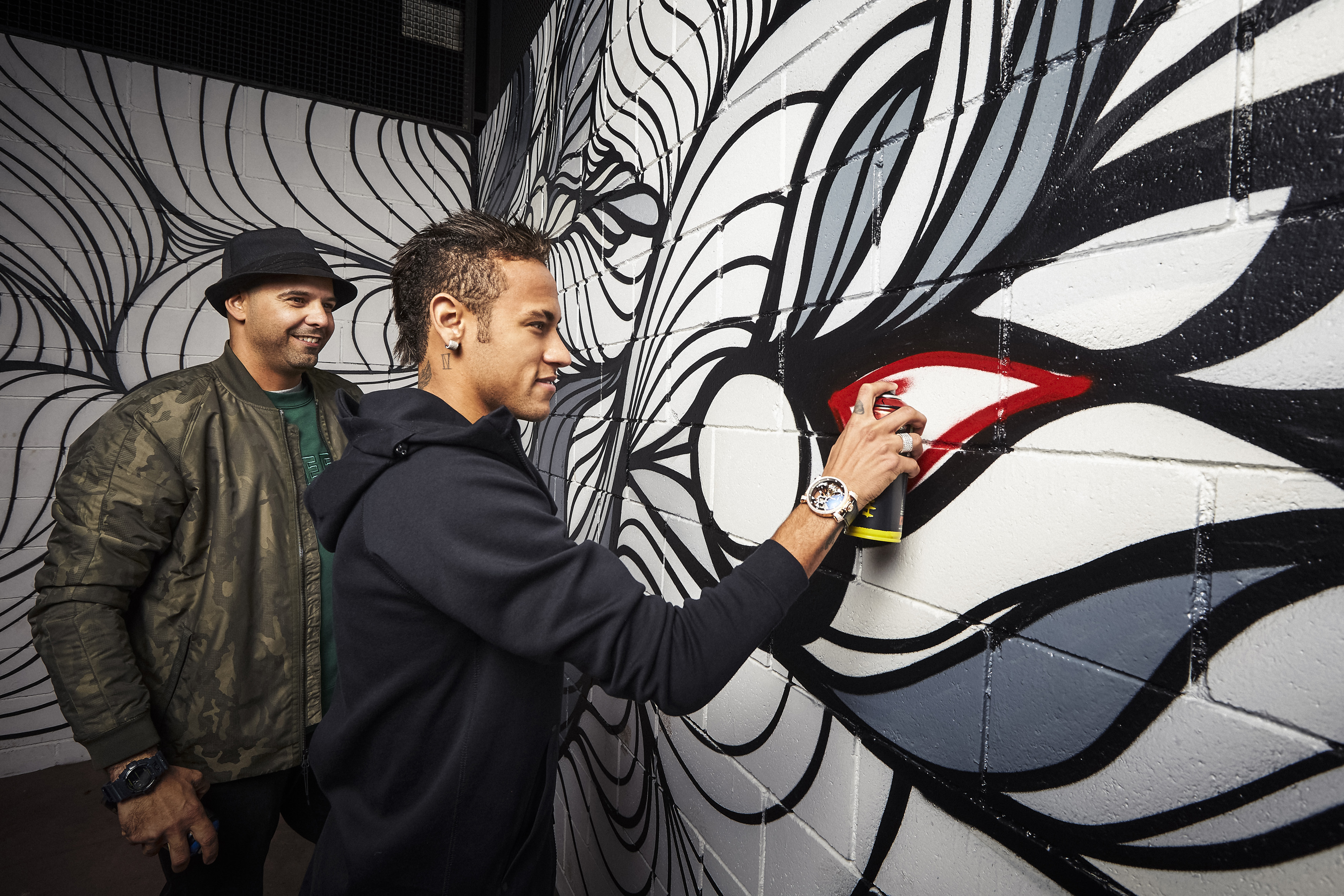 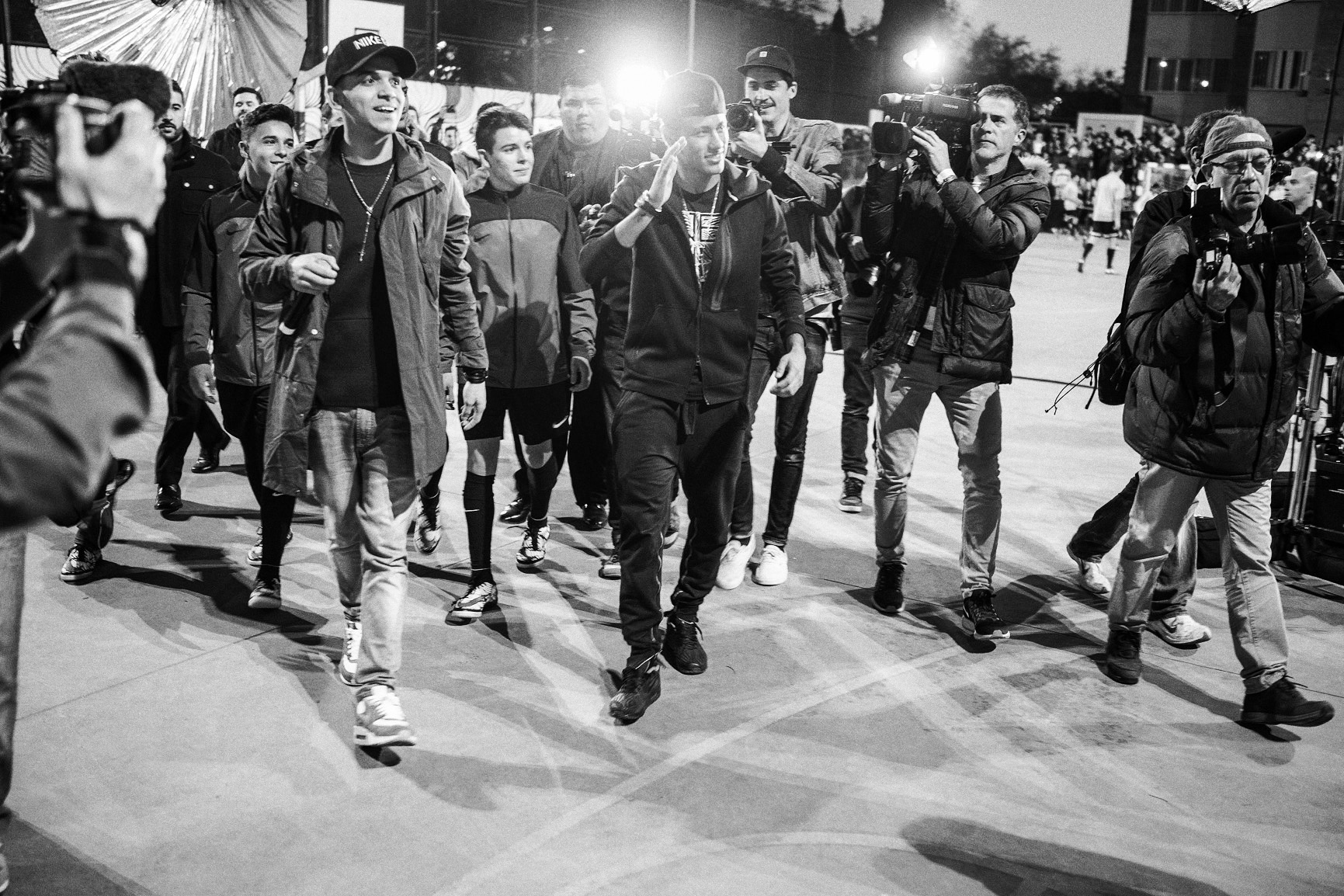 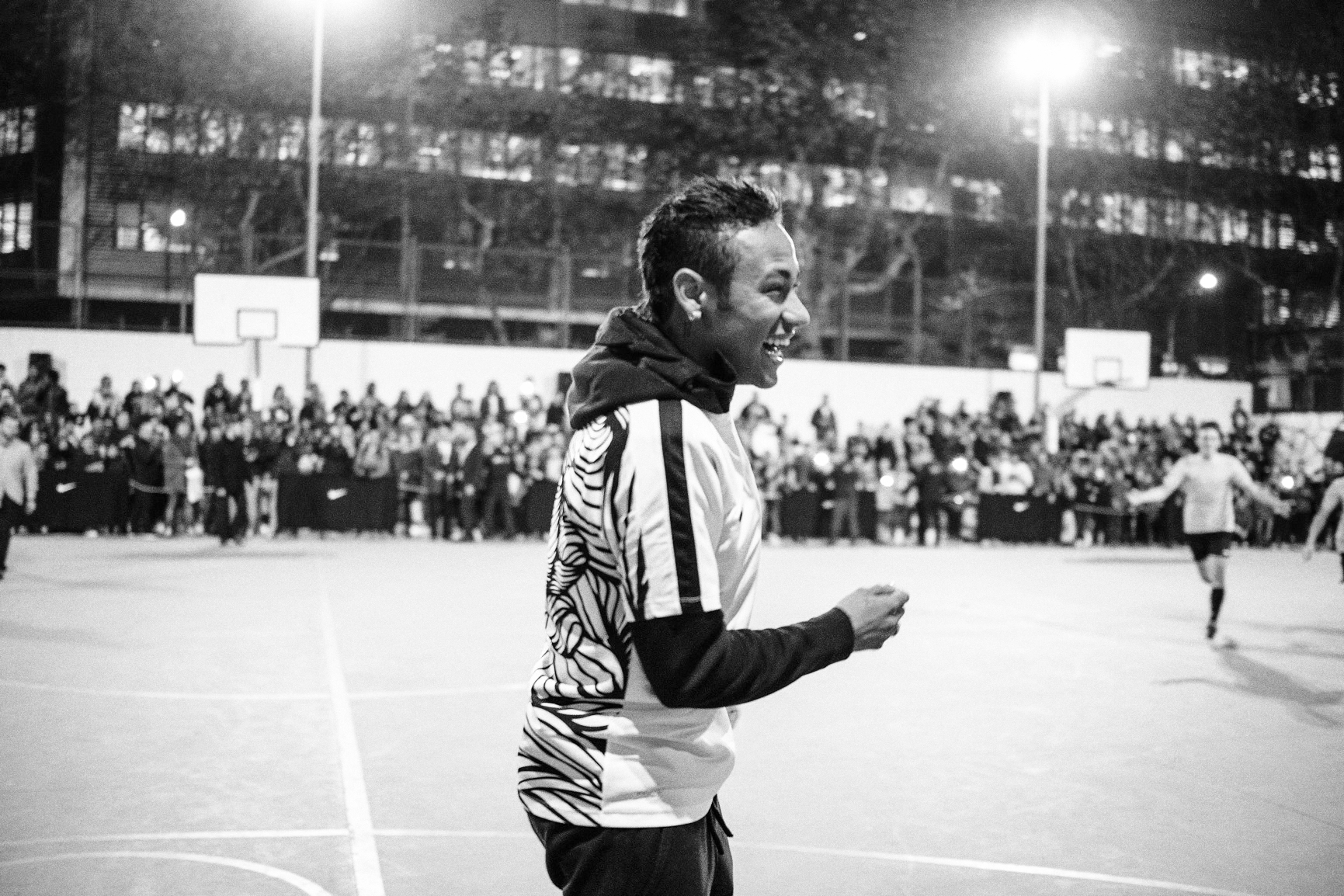 Notice: Trying to get property 'photo' of non-object in /home/customer/www/lateralthinking.barcelona/public_html/site/templates/_func.php on line 170

Warning: Invalid argument supplied for foreach() in /home/customer/www/lateralthinking.barcelona/public_html/site/templates/_func.php on line 170