The ball makes us more

Football in Barcelona is more than a sport, it is part of the identity of the city, it breathes through its pores.

Nike wanted to reflect the energy and values ​​that Barcelona Football Club shows in its campaign "The ball makes us more", with the aim of introducing the Club as part of the soul of the city and the union that generates this sport, a celebration of what it means for those who live it and feel it.

"I am our city. Every neighborhood, every house, every square you see. When I take the ball I take you all too. " Football is reflected in every corner of the city and in every inhabitant, functioning as a brotherhood. In the video players of the first team and also of the female FCB appear, with images of the city and Camp Nou stadium.

We had the opportunity to collaborate in this superproduction with Nike, which was part of the brand's 2018 campaign. To enhance the visual piece and reflect the essence of the campaign, we designed a spectacular space in the Mega Store of Camp Nou, a few huge screens where you could watch the whole video. In addition, we added a light installation around it that created an enveloping sensation and, all together with an extraordinary sound system, the experience became unique.

Moreover, attendees could take a photo that was published on a screen and was part of a mosaic creating a giant digital collage where the people of Barcelona were united.

An immersive experience that enhanced the values ​​of Fútbol Club Barcelona and showed the club united with its fans and with the city. 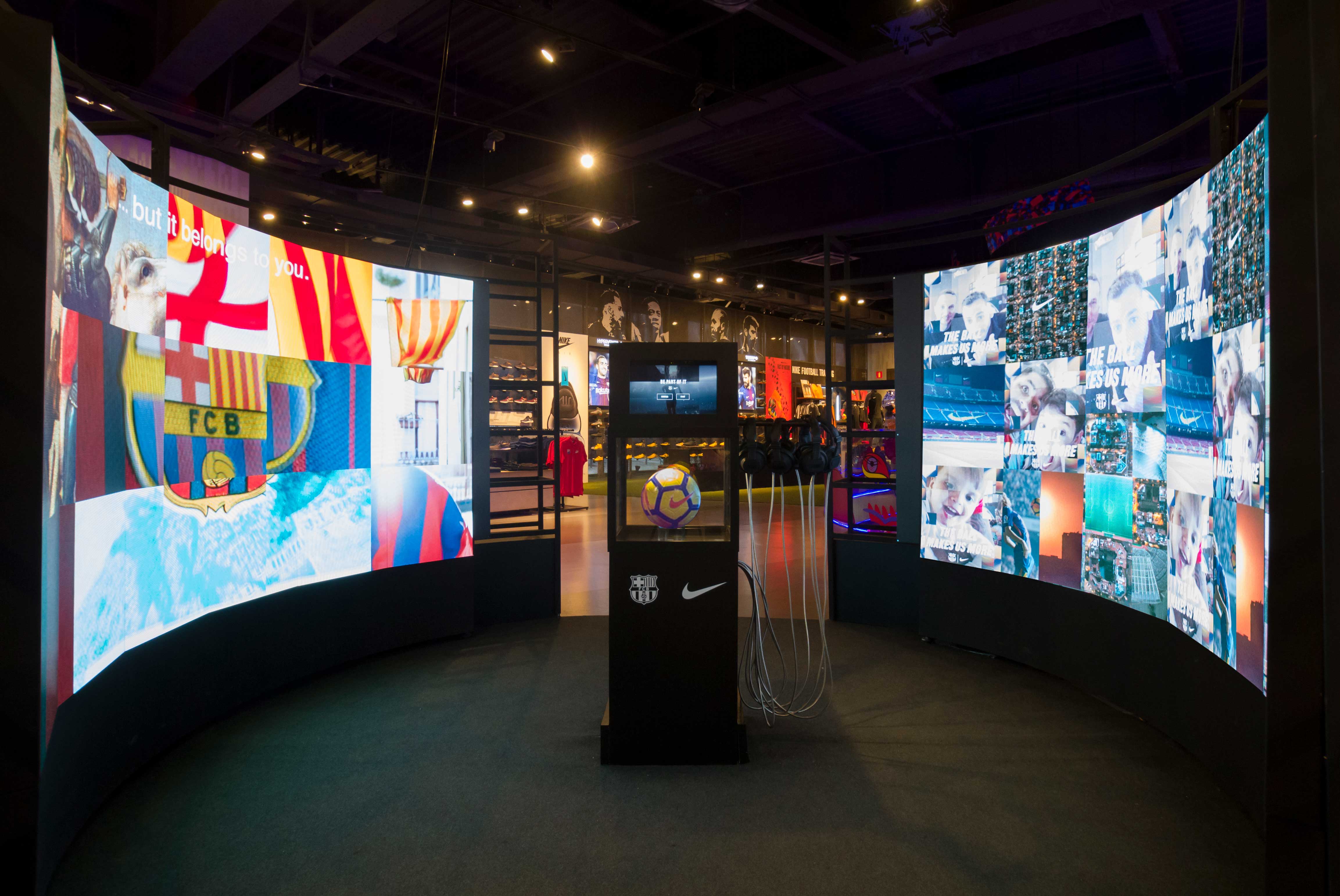 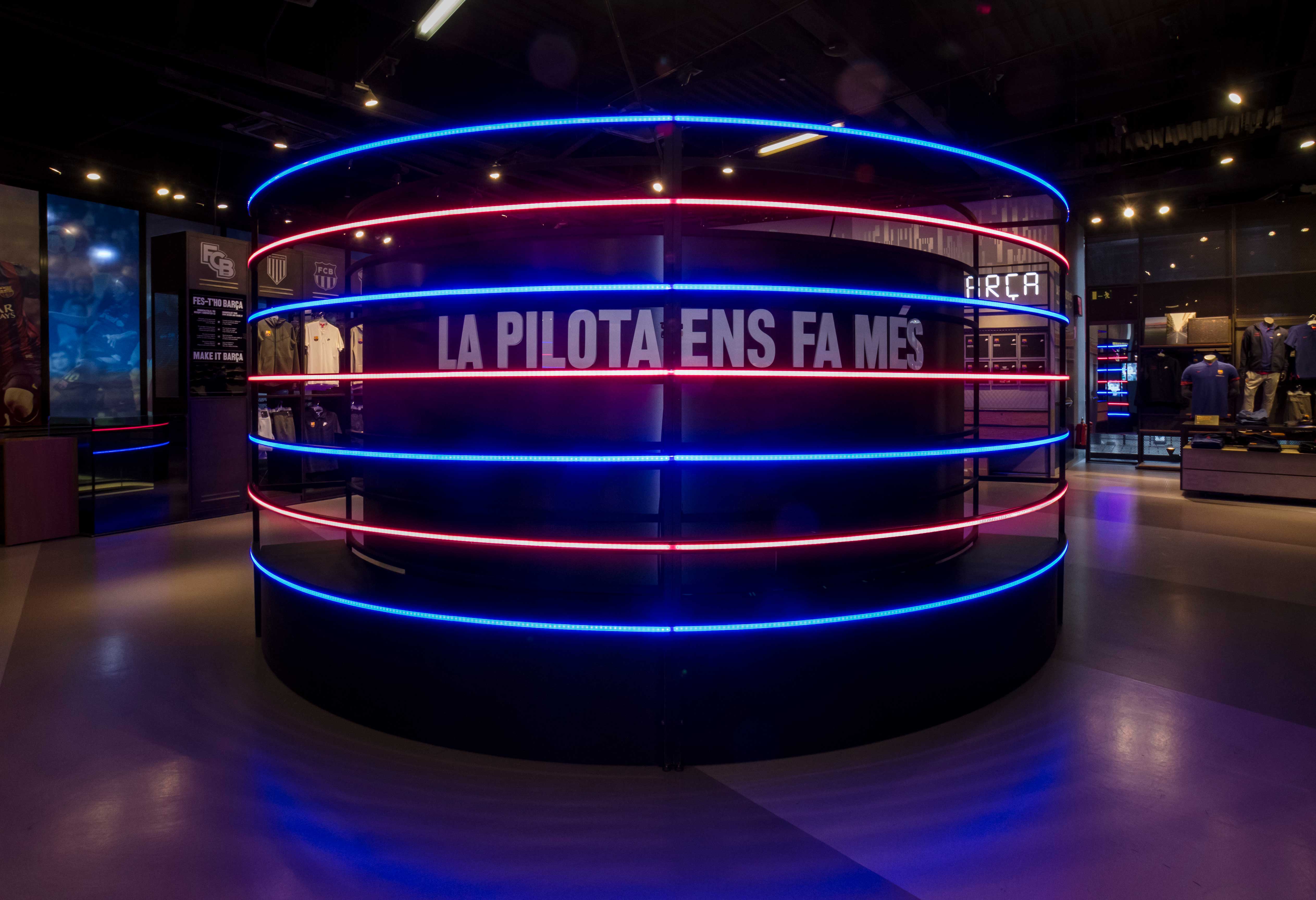 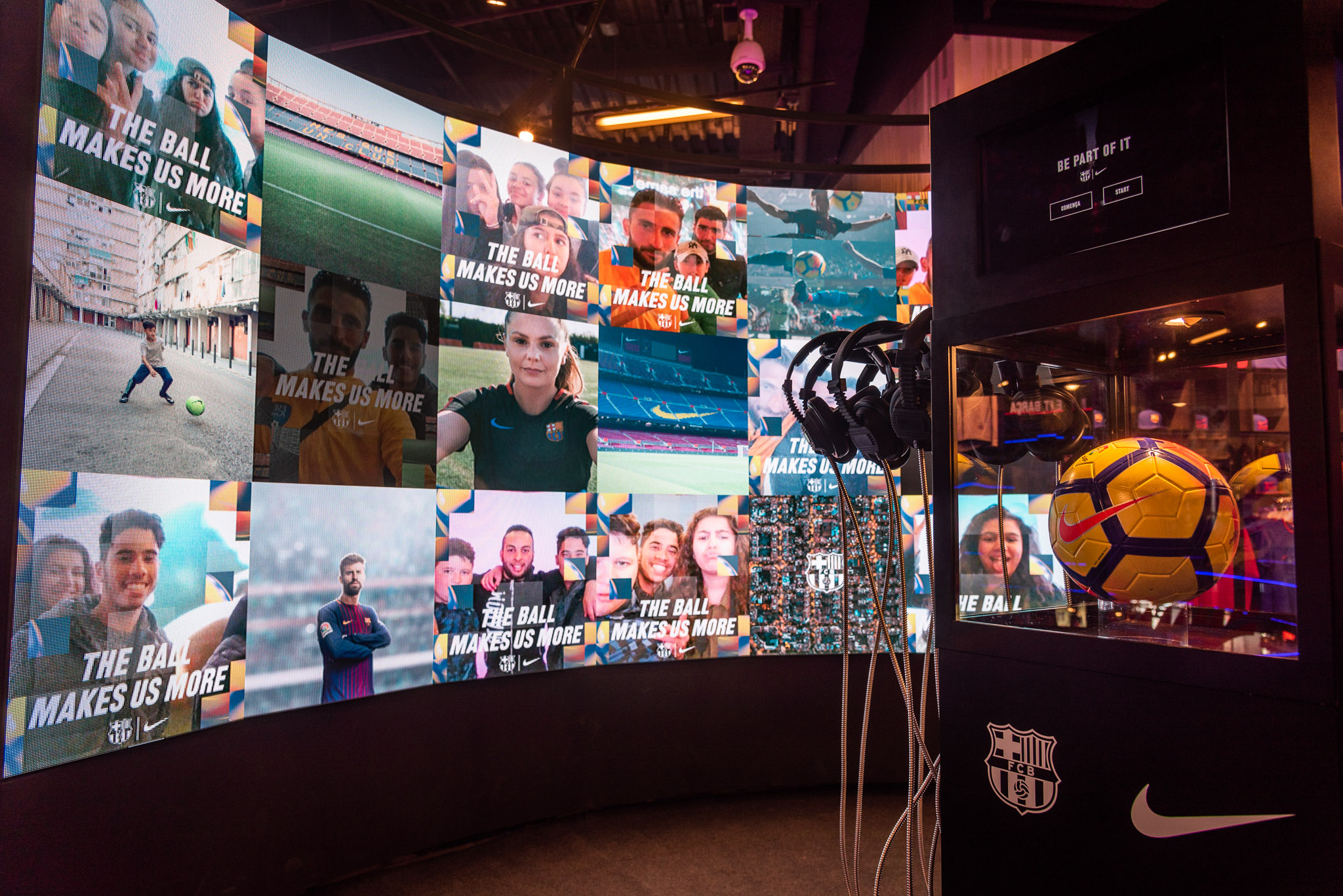 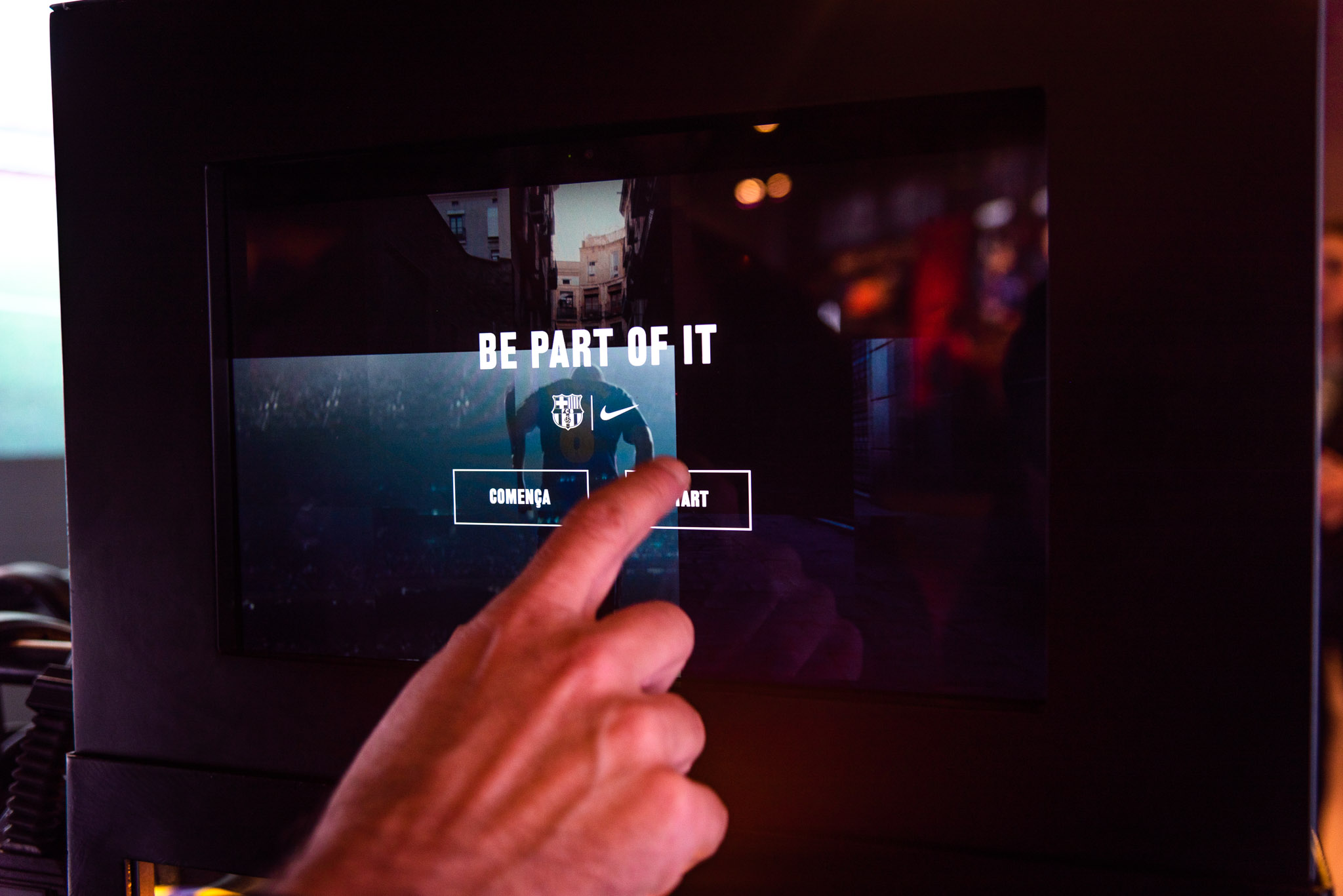