The campaign which inspired the Nike Air Max City Pack was a remarkable marriage between trainers and desserts, which we implemented in-store.

City Pack Vol 2, the new collection of Air Max trainers, was inspired by the desserts associated with six cities around the world. New York was represented by Strawberry Cheesecake, Paris by a lavender Macaron Tokyo by a Harajuku Crepe, London by Eton Mess, Milan by Aperitivo and Shanghai by its Must Win Cake.

To recreate the desserts in the stores, we used all kinds of materials: silicones to look like cream, sponges that looked like cakes, balls of salt to make scoops of ice cream... Apart from the macarons - those were real! The result: yummy window displays! 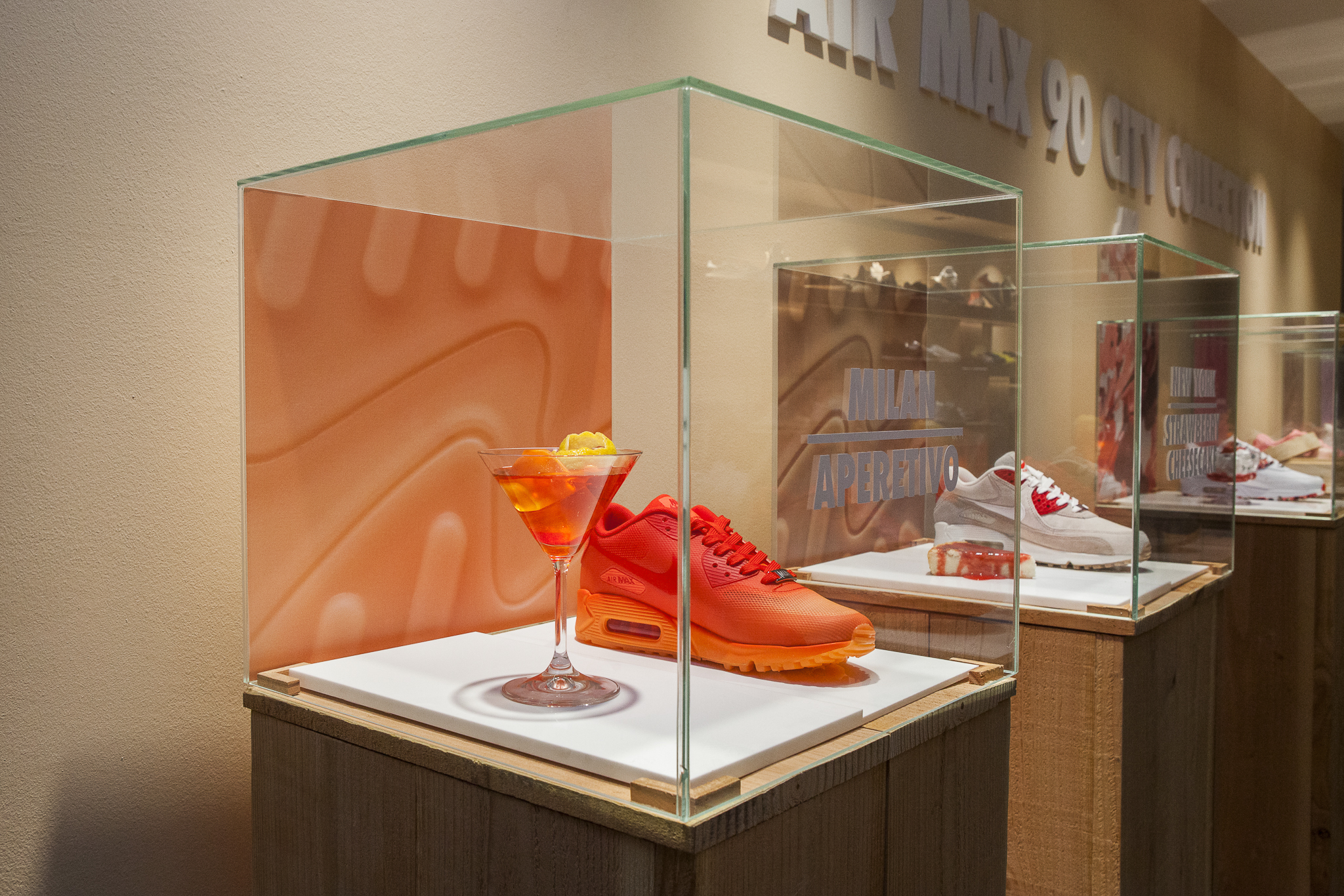 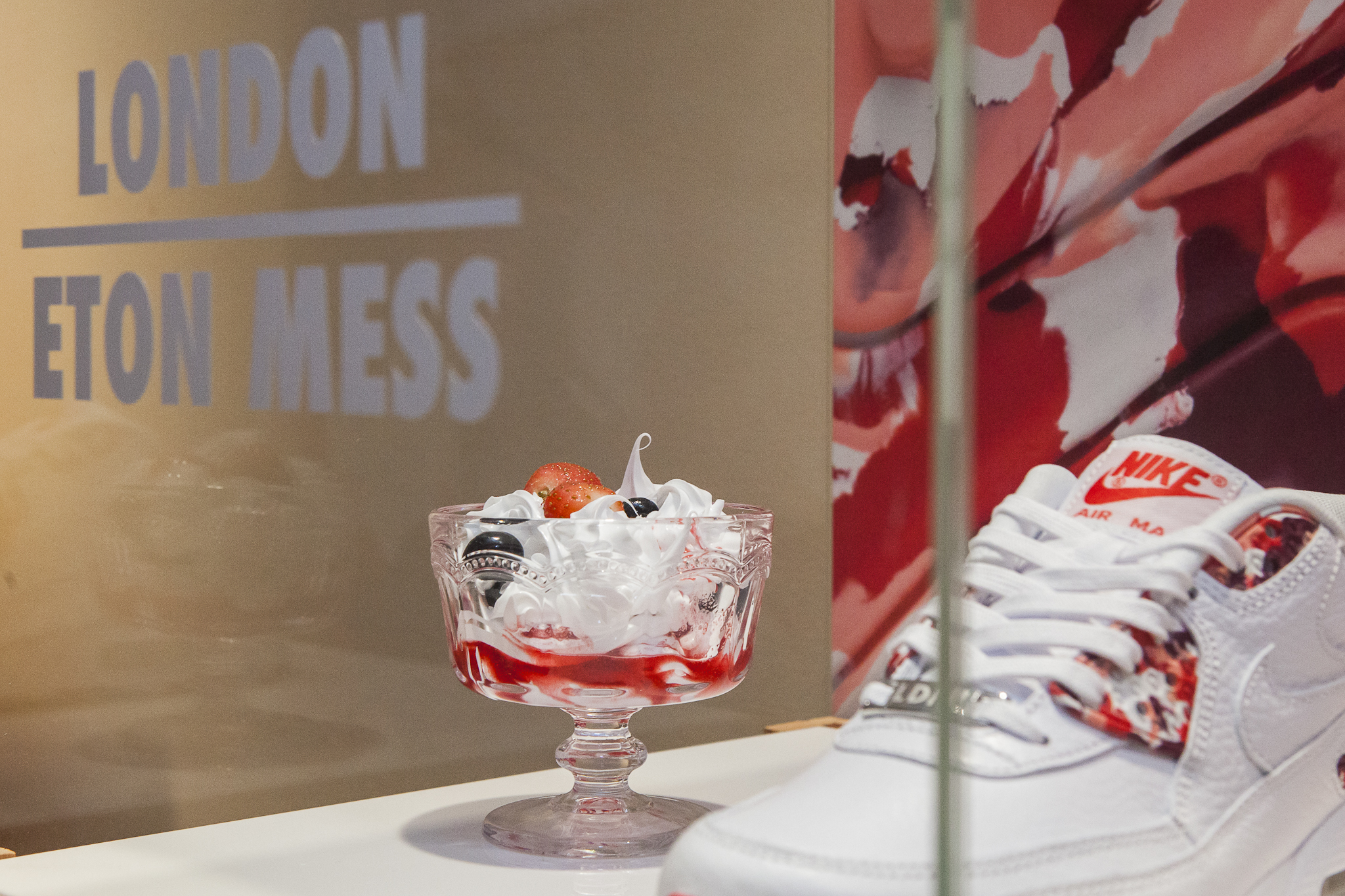 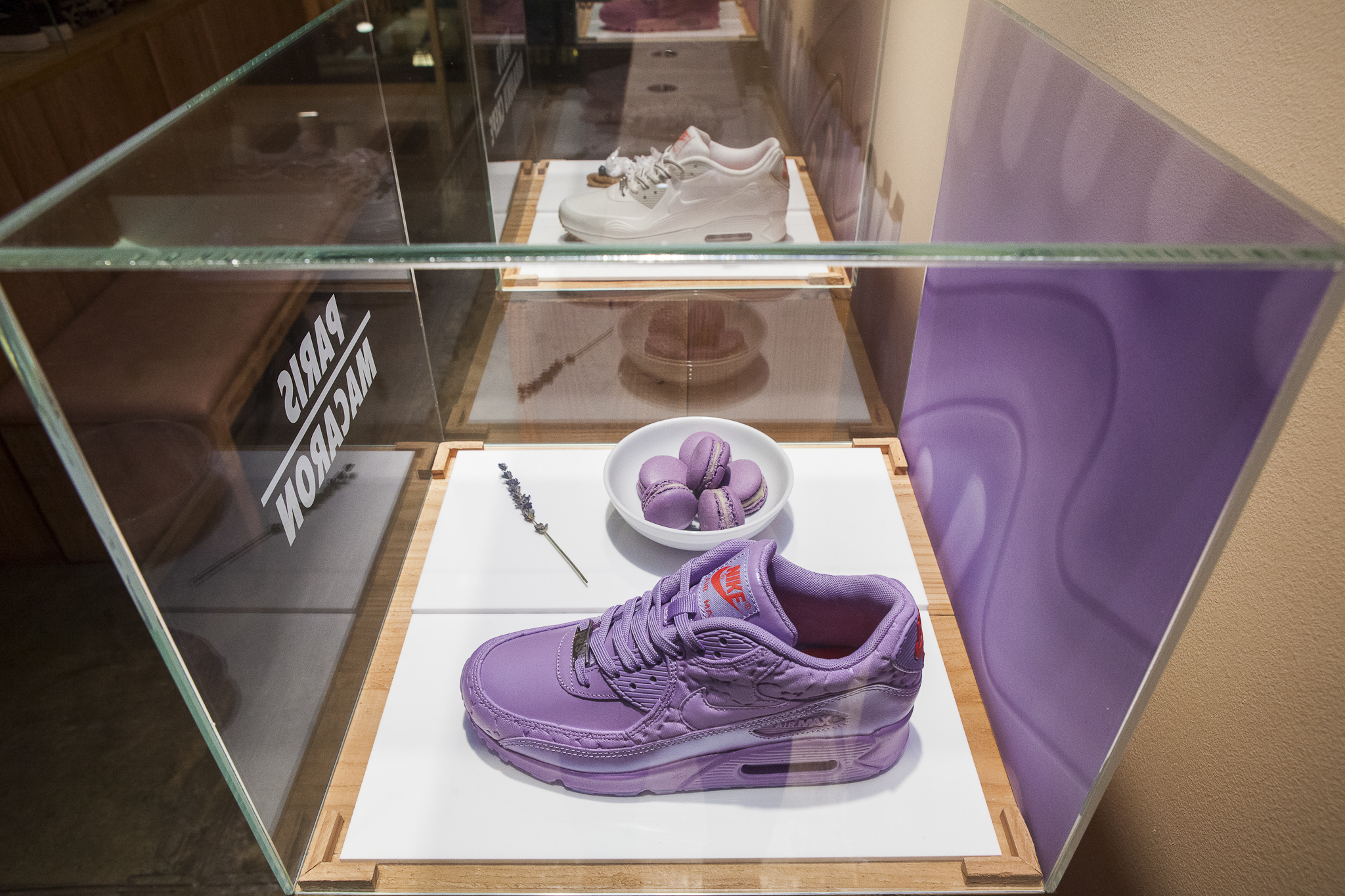